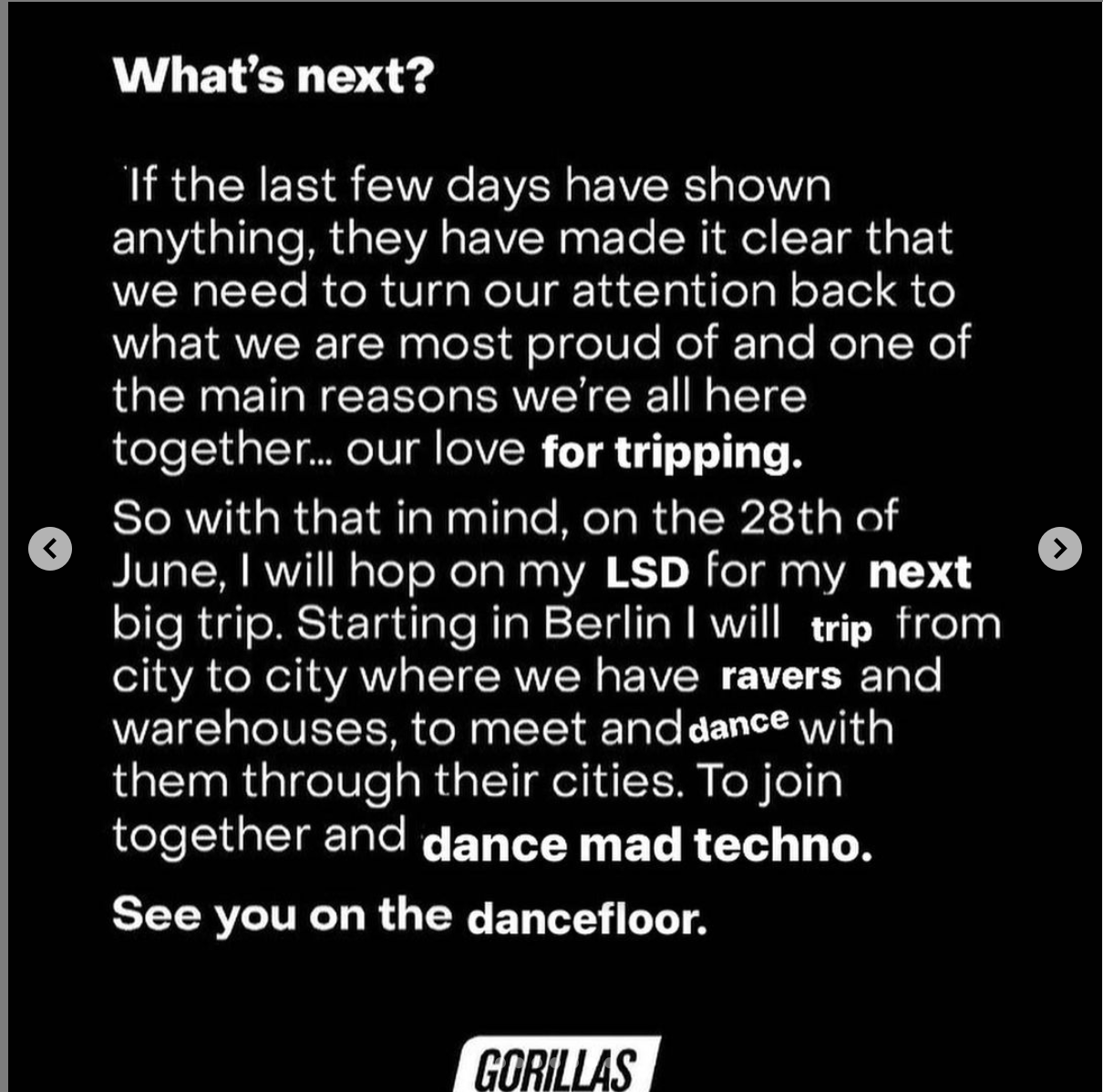 His proverbial door – said Sümer – is always open for constructive feedback and as an act of goodwill he proposed – seemingly off the cuff – to visit every Gorilla warehouse with his bike to listen to the complaints of his employees. CEOs – so it seems – can’t help to make everything just about themselves.

I don’t find it too hard to believe that Sümer is sufficiently self-delusional to think that the whole situation is just a matter of misunderstandings and ungrateful employees. But on the other hand it’s really hard to tell who is thinking what behind the multicoloured veil of startup newspeak. The mundane reality behind the brave new world of gym membership perks and flexible working hours is that grocery bike delivery is a business with a violently narrow price margin and the promise of Gorillas to deliver within 10 minutes is putting immense pressure on the riders. The investors who pushed money into Gorillas are putting their bets on a hardcore game: Who will survive the price war on the streets of Berlin and other european cities? Winner takes it all (and afterwards worsens the working conditions …) I went into great detail about the inner logics of the platform economy in another post.

In the end Sümer and his inner circle might really believe that they came to change the world of gig economy for the better – which basically means to give fixed contracts with six months probation to delivery riders – but they might be forced to dance to the tune of global capital very soon. Global capital is searching for return on investment in times of asset price inflation and record low interest rates. And its seems to find it in the blind spots of contemporary labor law – more commonly know as tech startups. Of course the former delivery rider turned CEO Kağan Sümer won’t suffer too much from the things to come. He’ll keep it about riding and free entrepreneurship.

Thanks god that the Gorilla Workers Collective already began to take their fate into their own hands. The first General Assembly to form a workers council took place on June 3 in Berlin-Neukölln. The seemingly sudden solidarity for Santiago wasn’t a coincidence. It was the fruit of workers that finally stopped to buy the newspeak of their philanthropic founder friends and learned how to organize and fight for decent wages and good working conditions.